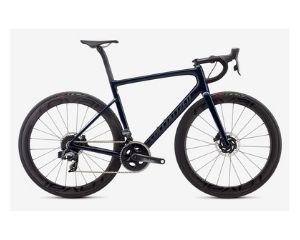 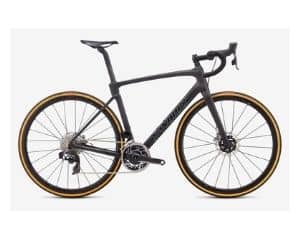 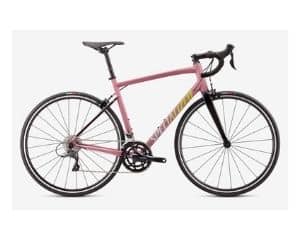 If you are looking for a high quality bike with innovative features and price is not an issue, then Specialized bikes are arguably the best option for you!

Specialized has been at the forefront of innovation in the cycling industry. The brand has solved a lot of problems for cyclists, even if the cyclists didn’t know that they had a problem. The company introduced the FSR four-bar suspension system which is still in use today. They launched the “Brain”, an intelligent shock technology, as well as, the “Win” tunnel with the help of NASA engineers to perfect the aerodynamics of its bikes. In this Specialized bikes’ review, we look at their top 5 models in the market right now.

Review of the Top 5 Specialized Bikes

The Tarmac Disc Pro is a remarkable bike that delivers the highly refined ride characteristics of the $11,000 S-Works Tarmac, but at a much more affordable price of $6,700.

It is a high-performance bike in every way. The frame is a little stiff but not overly harsh. It tracks beautifully through hard turns and sharp angles without giving you that twitchy feeling.

The Disc Pro is aerodynamic enough to win you a sprint with friends and light enough to take into the mountains without getting too bulky.

They bicycle does not have the same level of vertical compliance as some of the high-end carbon models offer, but it gives you just enough to take the edge off.

This bike will give you one of the most refined riding experiences that you will find anywhere. It is stiff to give you control without feeling harsh, agile for racing but not twitchy on turns, and very aerodynamic without getting too heavy.

The 2020 S-Works Roubaix from Specialized is the latest addition to the long line of Specialized Roubaix family. This series has been established as the bike of choice for those who are looking for a comfortable, lightweight, endurance road bike with a tall front end.

This new version is all about putting the Roubaix back into the performance sector. It is more aero and lighter than prior models and has a geometry that brings it closer to the Tarmac. Nonetheless, it doesn’t sacrifice on the comfort that has become a hallmark of the Roubaix family.

The bike is barely noticeable under the smooth rubber cover. What is immediately noticeable on the road however is the significantly better riding position. The improvement in the shock performance also makes it stand out from its predecessor.

Specialized has taken lessons learned from the old Roubaix and combined them with the best bits of the Venge and Tarmac. The end result is an impressive bike that most users will love and enjoy.

The Allez is the low price, entry model from Specialized. Priced at just $875, it is the ideal bike for people who are just getting into cycling and want to learn.

Despite its low price tag, Allez does not lack in performance by a lot. This model received a significant update a couple of years ago. The bike dropped seatstays and smaller tubing, which made it similar to the high-end Specialized Tarmac and the Diverge series.

The main difference between Allez and higher end models is in the materials used. This bike has a thin-walled aluminum frame that is probably used to keep its weight down. It still has a carbon fork to improve absorption, which is quite impressive at this level.

The bike’s ride quality is quite good. The Allez offers a level of comfort that is quite refreshing to have on a bike that is built more for endurance. Despite the low end wheels, the bike’s sporty feel is clearly evident. It handles very well and reacts nicely to the rider’s input.

Once you get up to speed and start rolling on the roads, Specialized Allez feels very spritely and sporty.

The bike is perfect for people who want a budget option, ride occasionally or new to cycling. It is designed for on-road cycling and not suited for off-road or mountain trails though. 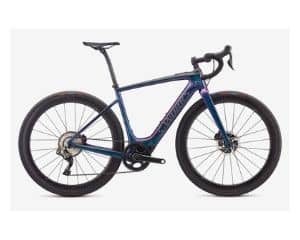 The S-Works Turbo Creo SL is an addition that blurs the boundaries between tech and cycling. The Specialized S-Works Creo SL is a step towards a brave new world that could redefine cycling in the future.

The S-Works Turbo Creo SL is the first drop bar electric bike from Specialized. The model had been in development for two years prior to launch. Advertised as a high performance road bike, the Turbo Creo S L offers a unique system from the ground up.

The carbon based S-Works Turbo Creo SL weighs relatively light at 27 pounds. It has a magnesium-cased SL 1.1 mid-motor that can crank out up to 240 watts of assistance for riders. The power cuts out at 28mph. It has a 320Wh internal battery that offers up to 80 miles of range.

The bike offers four modes of assistance. The ‘Off’ mode provides no assistance but data is still recorded for riders. Then there are the ‘Eco’, ‘Sport’ and ‘Turbo’ modes, each one offering a mix of efficiency and speed.

Overall, the Turbo Creo S L is a great option for long distance rides and quick cycling. It is on the high-end of prices at $13,500 but well worth it if you are looking to switch to bikes completely. 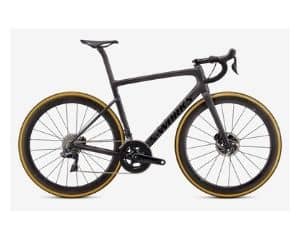 The S-Works Tarmac was the Editor’s Choice award winner in 2018. It continues to get better with new iteration every year.

The 2019 edition became a favorite with fans for its improvements in riding comfort. This year, the brand released the Specialized S-Works Tarmac Disc that added more powerful brakes turning an already superior bike into a truly spectacular ride.

Tarmac sported one of the most distinctive frame shapes of the last year. Its dropped seatstay design was praised as one of the most compliant. The great level of comfort is immediately noticeable with the frame cushioning out all but the biggest bumps.

What makes the Tarmac Disc even more impressive is that Specialized has not sacrificed anything in performance for improving compliance. The additional comfort doesn’t remove any of the roads feel that made this bike such an enjoyable ride.

It has zero flex and squirming on the road. The bike comes with Roval CLX 50 wheels that are some of the best performing wheels on the market.

The Specialized S-Works Tarmac Disc has one of the best handling on a bike. Given its high level of comfort and smooth rides, it is one of the best of all road bikes in the market right now.

How much do Specialized bikes cost?

Specialized is a big company that provides bicycles for a range of customers. Their bikes cost anywhere from $175 for kids’ bikes to $14,500 for the top of the line for sporting professionals. The average, mid range price is from $800 to $4,500 where most of their bikes are priced.

Specialized is a trusted brand that has built a reputation for producing high quality bikes. Like most other top bike manufacturers, they produce a range of very expensive top-end bikes aimed at high income earners.

The prices can be quite high for these models and you can expect to get an awful lot of bike for your money.

Is Specialized a good bike brand?

Specialized often ranks within the top 5 bicycle brands in the world. The company’s annual revenues range around $100 million to $500 million each year, which suggests they are doing quite well financially.

Customer ratings on bike forums are mostly positive with 4+ stars. Their newer bike models get good reviews consistently. Apart from the customer concern of being pricey, Specialized is considered a good bike brand.

Specialized is a popular brand that offers excellent bikes for a diverse range of categories. In terms of road bikes, the Allez is their best entry-level offering with an aluminium frame and carbon fork.

More seasoned cyclists will want to go with the Tarmac Disc, which is very popular with the pros for its race-oriented geometry and lightweight. If budget is an issue, the Tarmac Disc Pro is the best option that strikes a balance between comfort and price.

If you are looking for electric support on long journeys, the S-Works Turbo Creo S L is the best option, which is one of the best, future-oriented bikes. There’s also the Roubaix (or the women-specific Ruby), which is a stiff carbon model that is fitted with Specialized Future Shock front suspension technology and disc brakes.